Bella (her horse)
Twister (her rabbit)

Mia is a part of the LEGO Friends franchise. She is one of the five main characters of the theme. 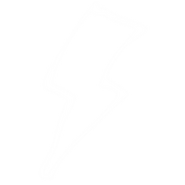 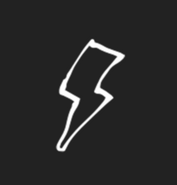 Mia is an adventurer who loves animals and being outdoors. In fact, she’s pretty sure her horse Bella understands her better than most people. She gets things done, and often while her four best friends are still discussing how to do it! She knows who she is and never worries much about what other people think of her. She doesn’t like gossip or small talk. Just be honest with her, she’ll see right through anyone who isn’t! And she’s not afraid to let them know.

Mia is a nature lover, she's fond of going off exploring the wilderness and is much more comfortable with animals and her best friends more than other public people.
Her parents apparently trust her a great deal, as they let her borrow their camper van unsupervised.

In Stakeout, it is mentioned that Mia was the new girl in town when she was much younger, revealing she moved to Heartlake City long ago.

At the beginning of the show, Mia's brother Daniel leaves for college and although she tries to hide it, she misses him a lot. She is the best racer in the girls' go-kart team.

Unfortunately, she breaks her arm before the Grand Prix and Vicky has to replace her as lead driver.

In a reversal of roles, when Vicky is injured during a dress rehearsal in Explorer's Day, Mia has to replace her, but as she's not a good actress, her performance is very unconvincing.

Mia's not naturally optimistic, she tends to be cynical and jaded.

She is often sarcastic and finds it hard to go even a day without making sarcastic jokes/remarks, as seen in Operation Keep Quiet.

In Season 2, Mia has a job as Donna's assistant in the Heartlake Rescue Clinic, an overflow centre for animals recovering from injuries.

Given Mia's operation of the Rescue Clinic Submarine unsupervised, this would mean she's qualified as a Commercial Submarine Pilot.

Mia hates being the center of attention, so she will try to avoid being noticed by large groups of people.

In Zobo and Zoe and The team Mia can be seen wearing her everyday clothes to bed, so by the looks of it Mia honestly doesn't care what she wears to bed.

She has a crush on River, but doesn't let it show.

Mia has appeared in every episode of LEGO Friends: Girls on a Mission.

Mia as seen in the new animation style for 2018.

Mia with her friends.

Mia getting ready to race.

Mia in her racing gear.

Mia after breaking her arm in the crash.

Mia with her cast.

Mia in "Attack of the Alvahbots".

Cast and crew assembling on stage

and now joined by the director.

Mia loves the story of Andrea

Mia as a child. 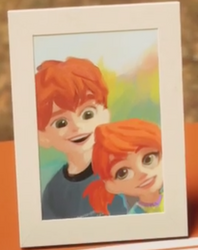 Mia and Daniel as children.

Mia is being sarcastic.

Mia and the pets.

Mia, Kacey and Stephanie going out to scuba dive.

Mia found it so fun

Mia in a make shift cart with her friends.

Mia and Angus watching the emergency via wildlife monitoring cameras.

Mia hanging from a tree branch, with a cat toy.

Mia having a panic attack.

Mia is giving the elephants a fruit bowl.

Mia is playing with Baby.

Mia and Stephanie gushing over how cute Wallace is.

Mia can’t believe Andrea is seriously looking for wifi in the jungle. 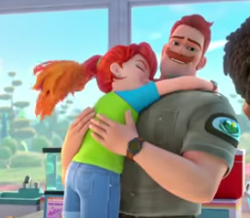 Mia got a blue egg instead of the white-spotted egg

Mia telling Olivia that she don't have to panic

Mia with her mother